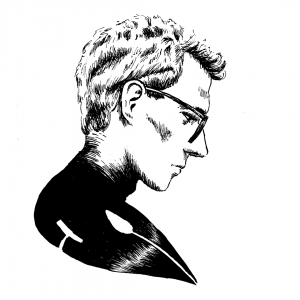 See the project on GitHub

The sixth Odin project is a tic-tac-toe game for practice JavaScript, specially factory functions and the module pattern (not the ES6 modules).

The goal was to organize methods by separating them into logical modules. There is one factory function to create the two player objects and three modules :

Factory functions and modules allow to define methods as private or public by returning in an object only the methods we want to be accessible by external code (in particular by other modules). It is very useful to keep the logic separately of each modules while making each module working together, it prevents naming confusion and make the code more understandable and maintainable.

Organizing the code in public/private methods was specially instructive with the second module (the game logic). aiPlay and humanPlay are two public methods which both call the same private method _playAMove. The latter controls the turn change between the two players, and calls the other private method _setAMove for each one. _playAMove also calls aiPlay if the other player is a robot, with a delay (a setTimeout) so when both players are robots we can watch them play (the final result is not immediately displayed).

Besides the logic to manage each player turn and their two different behaviors (the human and the robot), making the robot to play a random move was also instructing because it requires to select only the empty cells for choosing a random cell among them. A similar condition is used in the humanPlay methods, preventing to set a move in a cell which already contains a marker.